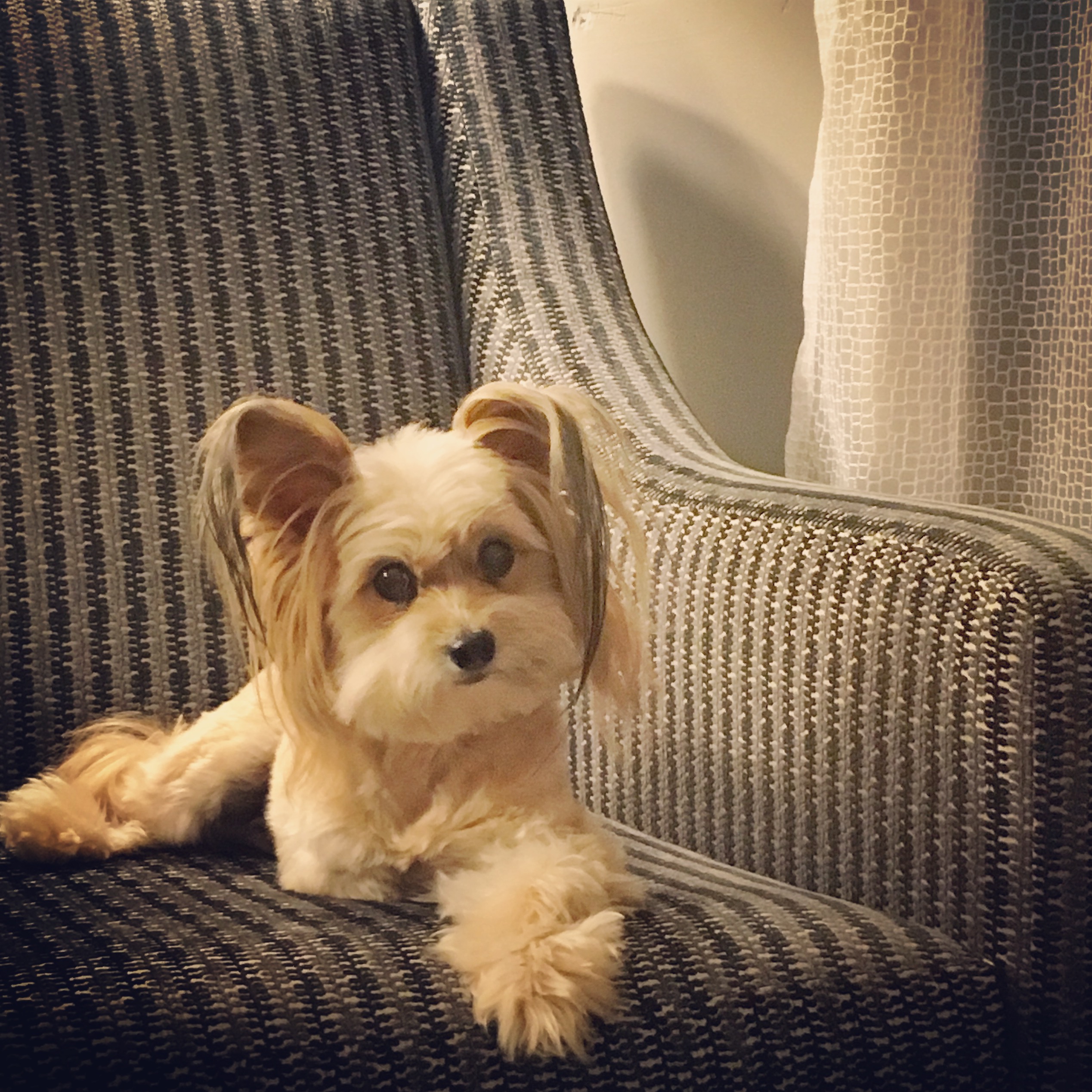 Jeanie is a three-legged therapy dog in Lake Charles, LA, and the star of her own children’s book, “Jeanie the 3-Legged Dog; I Don’t Need Four Feet”. It’s a heart-warming tale for dog lovers of all ages, reminding readers that anything is possible and it’s okay (and even cool!) to be different. Jeanie shares a powerful message of courage and acceptance, choosing to focus on the things she CAN do instead of her limitations.

Jeanie is an adopted rescue. She was found in a rural area outside of Lake Charles in the Fall of 2007 when she was approximately five or six months old. She had a deformed and crippled front leg that made it difficult for her to walk. She was brought to a local vet’s office where they removed the leg, spay her and listed her for adoption with a local animal rescue organization.
Jeanie is a self-proclaimed “Pomayorkapoopillon”, a mix of Pomeranian, Yorkie, Poodle and Papillion. She proudly represents the month of April in the 2015 Petco Foundation’s calendar, sold nation-wide, and was also featured in the Norbert children’s book series. Jeanie added “super hero” to her resume’ when she was featured in several popular magazines and blogs for saving her family’s elderly cockatiel from a hawk attack. Jeanie made national news when she placed in the top three in the nation in the 2018 American Hero Dog Awards, which was featured on the Hallmard Channel.

When she’s not spreading smiles on social media or saving small animals from birds of prey, Jeanie enjoys hanging out with her colleagues on the Dr. Dog’s Pet Therapy team. She visits hospitals and nursing homes, where she brings joy and hope to those who need it most, especially fellow amputees. She’s involved in a reading program; in which she listens as children read their favorite books to her at the local library. Jeanie also works with the Children’s Advocacy Center, where she comforts abused children while they are questioned by forensic investigators. This is her favorite job, as she knows exactly why she’s there and who needs comforting.

Once homeless, crippled and abandoned, Jeanie is now an advocate for other rescues with special needs, who are usually the last to be adopted. A portion of the proceeds from her children’s book are donated to local rescue operations in Louisiana.

Contact us to schedule Jeanie for book-signings, readings, & face-lickings